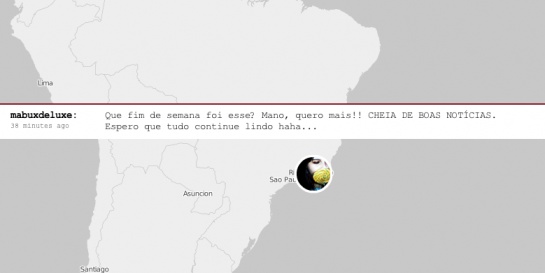 Following up on my post last week about using Twitter to track eating and weight, some of you voiced some interest in creating your own Twitter bot. This post covers how you can do that.

The Gist of It

Creating my own Twitter bot was pretty straightforward (much more than I thought it’d be), mostly because Twitter provides an API and the resources to make it that way.

I wanted something really simple that I could play around with. I just wanted to be able to send a direct message to my Twitter bot, and from there, it would store my data. OK, so here are the basic steps I took:

Once you’ve setup your bot account, turn on email notification via the Twitter options menu. For now, tell Twitter to only send you notifications when your bot receives direct messages and not when someone new follows.

Check Email and Do Something with Messages

Here’s where the actual code comes in. Here’s the general framework. I’ve left out some details that will be specific to your own purposes.

I run this script every 30 minutes with a cron. You could of course run it more frequently. The important part of this code though is that Twitter attaches its own special headers (e.g. X-TwitterEmailType). If you wanted your bot to automatically follow users that followed it, you could check the EmailType and then use the Twitter API to follow a Twitter user. For my simple purposes though, I only cared about direct messages.

That’s all. There is of course plenty of room for improvement. Like I said, you could make this useful to lots of users by making your bot automatically follow those who follow it. Users can only direct message another Twitter user, if he is following. I would also delete emails that have already been read and stored somewhere so that the INBOX doesn’t pile up. Yup.

Did I miss anything?