How Consumers Around the World Spend Their Money 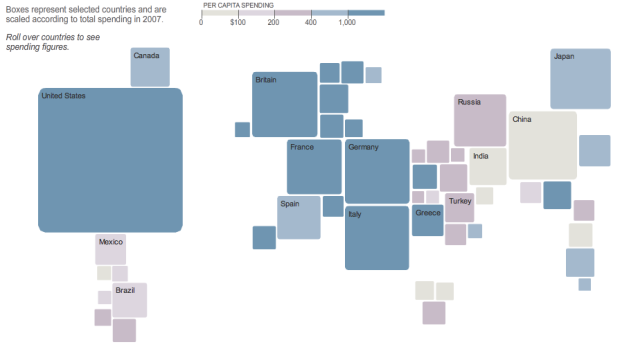 This pseudo-map graphic from The New York Times shows how consumers in different countries spend their money. Squares represent selected countries and are sized and colored according to spending in 2007. As you might expect, the United States does some heavy spending on clothing and footwear.

Does the graphic remind you of anything? The Times put up a different pseudo-map in force-directed graph format for the olympic medals. What do you prefer â€“ pseudo-map or traditional?