Many Eyes Adds Wordle to its Extensive Visualization Toolbox 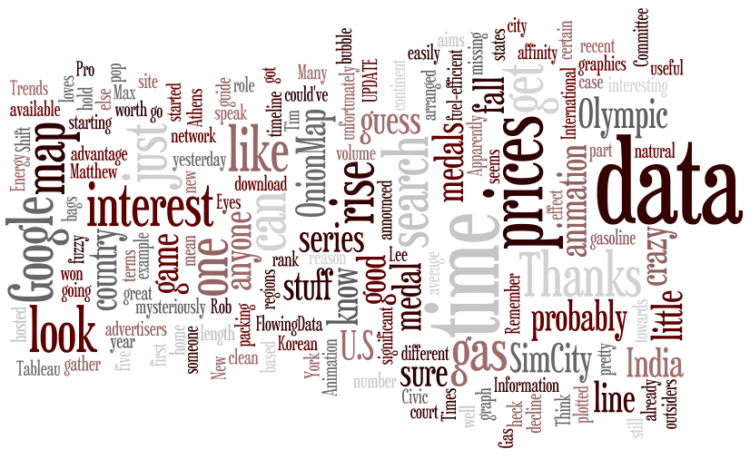 I’m sure you’ve seen Wordle by now, which puts an artistic spin on the traditional tag cloud. An application by Jonathan Feinberg, Wordle lets you put any text or RSS/atom feed in as input and get a cloud of words sized by frequency and arranged every which way. Above is a Wordle cloud of the current FlowingData feed.

Wordle marks a departure from the more analytical visualizations on Many Eyes. Why bring a self-described â€œtoyâ€ to a site for social data analysis? People have reported finding value beyond entertainment in creating these word clouds. Teachers have used Wordles in classrooms as conversation catalysts; others have created them to express their identities, and scholars have used them to visualize the output of statistical explorations of texts.

No doubt Many Eyes, with Martin Wattenberg and Fernanda ViÃ©gas (who know a thing or two about design) at the helm, recognizes that data visualization isn’t always about analytics and exactness. Sometimes visualization is just about getting people to think. 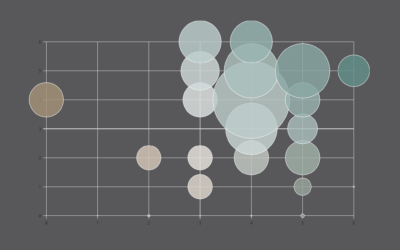