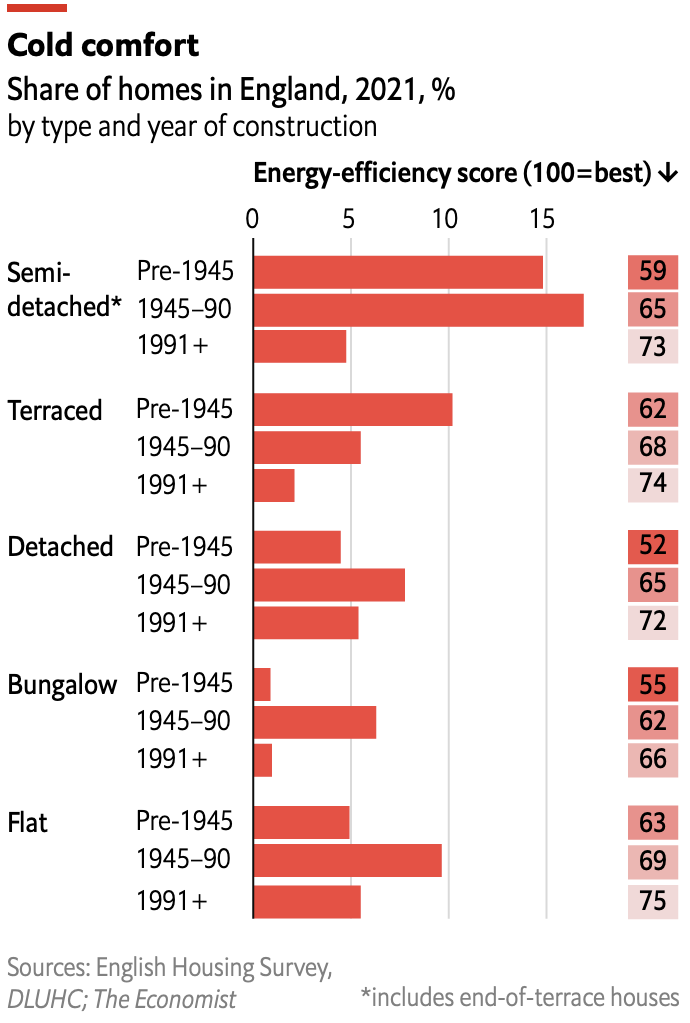 Speaking of old homes and energy efficiency in the UK, The Economist describes renovations that can help reduce energy usage, which is of heightened interest to the British government because it’s footing £40bn of citizens’ energy bills.

They include this small chart on energy efficiency by type of home and when it was built. It took me a second to separate the numbers on the right from the bars on the left, but I eventually got there. The Economist’s self-imposed space constraints for their charts must be fun to think about.