Wildfires and floods, a geographic before and after 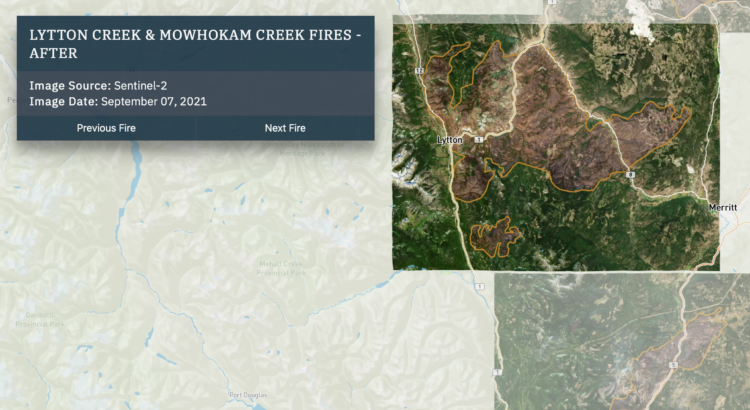 In 2021, a large portion of North America was stuck in a heat dome with record temperatures and wildfires. Gordon Logie for Sparkgeo mapped the before-and-after of major wildfires during the year in British Columbia, with a combination of satellite imagery, photos, and scrolling. Logie then shows major floods, which are not necessarily caused by the fires, but are highly correlated.

The transitions for the before-and-after show the wildfire damage clearly. Instead of using the slider format, which kind of uncovers an after image, you can see the already boundaried regions change right away.