More wildfires than ever 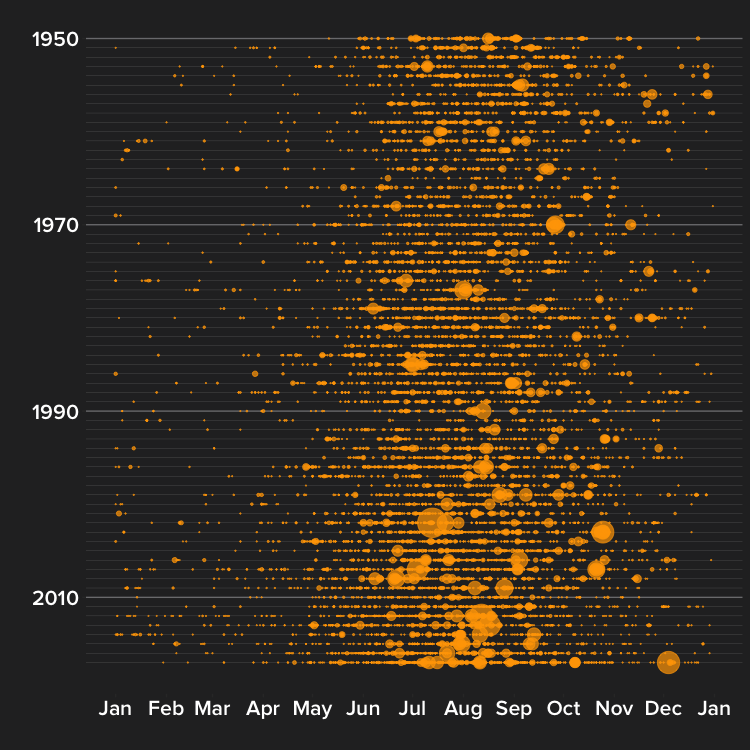 Peter Aldhous for BuzzFeed News delves into the increasing number of wildfires in California:

Most of California’s rain and snow falls in between October and March, which means that fire season peaks in the summer, as vegetation dies and dries out. In Southern California, the season extends into the fall, when Santa Ana winds, which blow from the dry interior toward the coast, whip up small fires into major conflagrations.

As the state has dried and warmed, the fire season has started earlier and larger areas have burned. Similar changes have occurred across the western US.

Grab the data and code to look for yourself.