Where America is expanding in developed areas 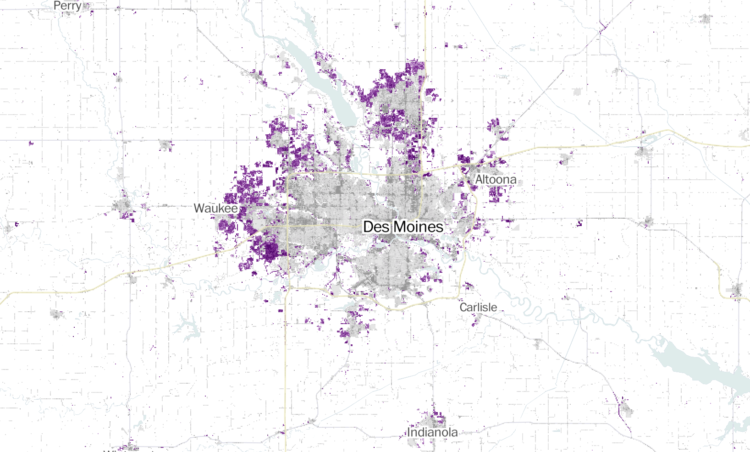 Zach Levitt and Jess Eng for The Washington Post mapped newly developed areas in the contiguous United States, between 2001 and 2019:

Between 2001 and 2019, the built-up landscape of America — buildings, roads and other structures — has expanded into previously undeveloped areas, adding more than 14,000 square miles of new development across the contiguous United States — an area over five times the size of Delaware.

My favorite part is the interactive map, which lets you see development in your area. The purple indicating newly developed areas against the grayscale provides a quick reference.

The maps are based on data from the United States Geological Survey, which you can grab here.