Sprawling flood waters across the Midwest and South 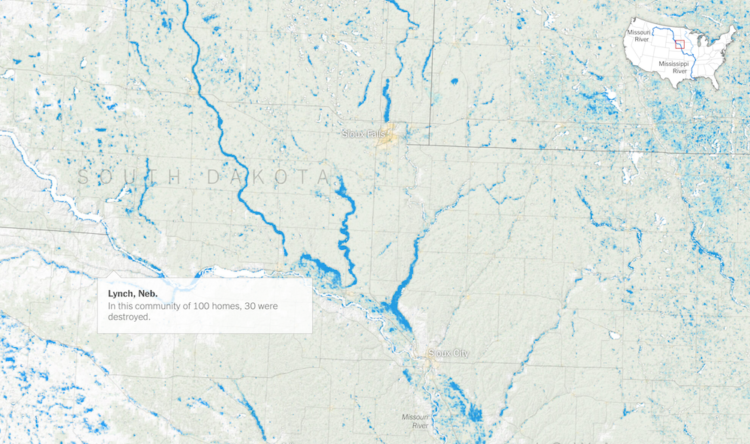 To measure the scope of the spring floods, The New York Times analyzed satellite data from the Joint Polar Satellite System using software, developed by government and academic researchers for flood detection, that is frequently used in disaster response.

The data covers the period from Jan. 15 to June 30 and shows an interconnected catastrophe along the Missouri, Mississippi and Arkansas Rivers, a system that drains more than 40 percent of the landmass of the continental United States.

Be sure to look at the piece on NYT. It tours you through the significant flooding areas as you scroll, which provides a step-by-step along with a sense of scale.