States that gained and lost seats with 2020 count

The Census Bureau announced their state population totals, so we can see who gained and lost seats: 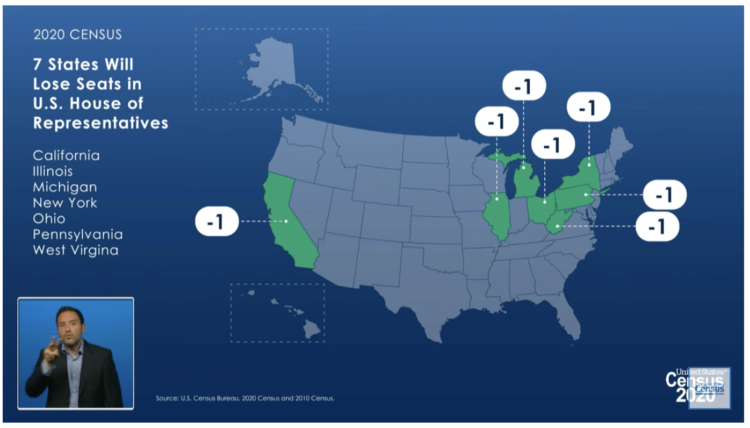 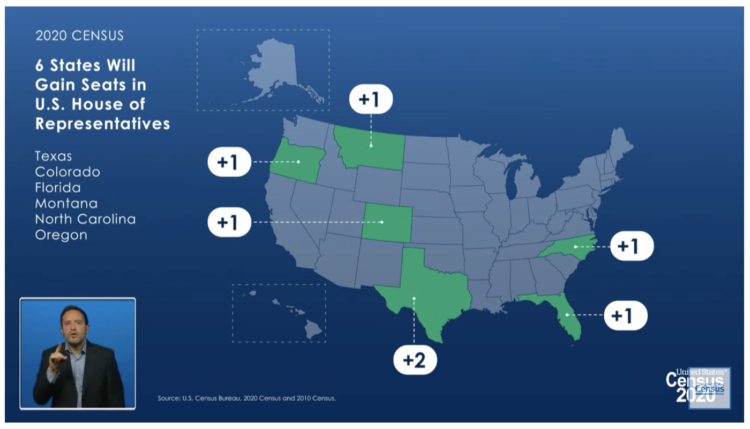 The tables aren’t accessible yet, but during the live conference, the bureau noted that the difference between New York losing a seat (which they did) and staying the same was only a difference of 89 people. It’ll be interesting to see these small deltas for all the states.