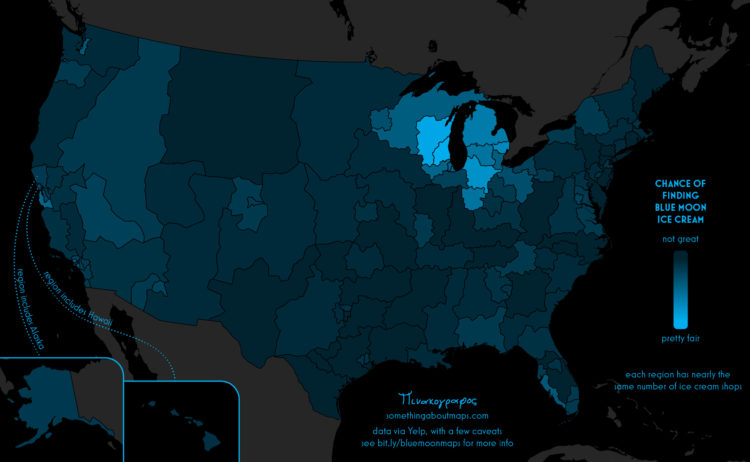 Daniel Huffman grew up with an ice cream flavor called Blue Moon. Where he’s from, it’s a common menu item, so he figured it was common nationally. Nope. So Huffman did some cartographic sleuthing:

In recent years, I have come to learn that it’s not widely available throughout the United States. It is, instead, a regional flavor, with various articles describing it as a “Midwestern favorite,” and an “iconic Midwestern frozen treat.” But nothing I read was able to give more detail about where blue moon was found — only anecdotal, unsatisfying generalizations about the Midwest. No one had hard data, and, most importantly, no one had maps. The true distribution of this flavor was a mystery that I needed to solve.