U.S. overlaid on the Moon for a sense of scale 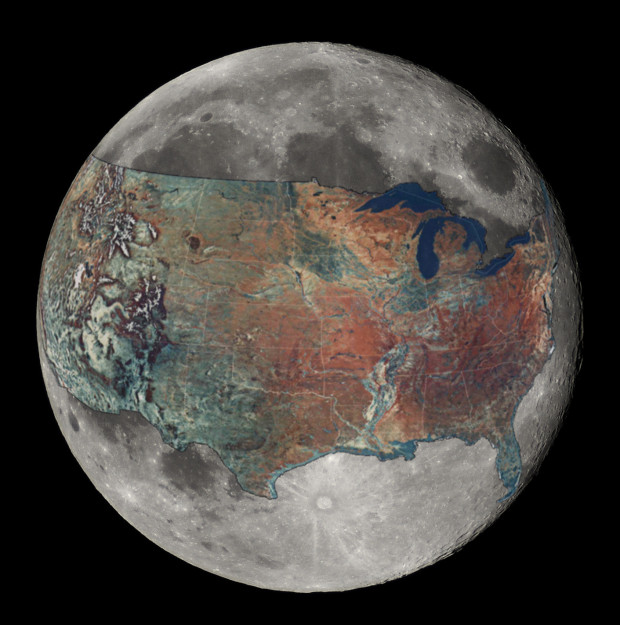 How big is the Moon, really? Reddit user boredboarder8 provided some perspective with this image of the Moon with an overlaid United States. It’s roughly estimated (and others would be better at commenting on the accuracy better than me), but after some back-of-napkin math it seems about right. The area of the United States, not including Alaska, is a little over 20 percent of the Moon’s surface area. [via io9]