Scale of the explosion in Beirut 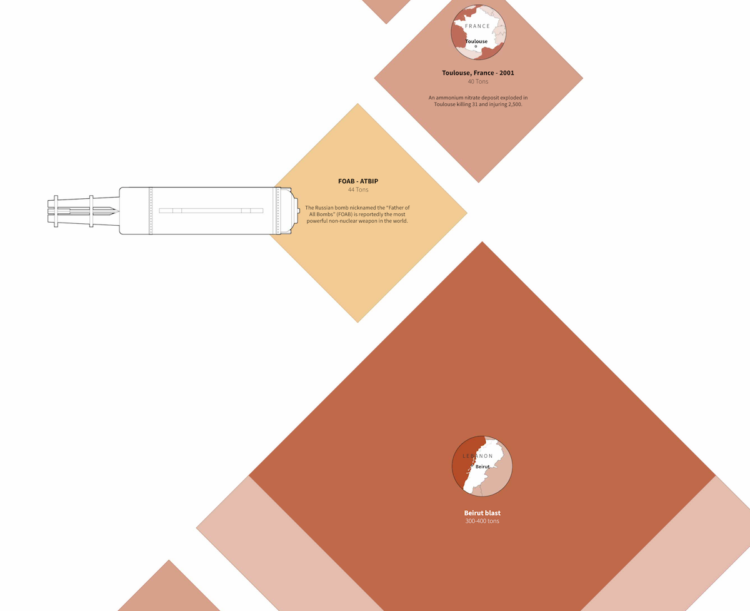 There was an explosion in Beirut. It was big. How big? Marco Hernandez and Simon Scarr for Reuters provide a sense of scale:

George William Herbert, an adjunct professor at the Middlebury Institute of International Studies Center for Nonproliferation Studies and a missile and effects consultant, used two methods to estimate the yield of the explosion. One used visual evidence of the blast itself along with damage assessments. The other calculation was based on the amount of ammonium nitrate reportedly at the source of the explosion.

Both techniques estimate the yield as a few hundred tons of TNT equivalent, with the overlap being 200 to 300, Herbert told Reuters.

It starts with a Hellfire Missle, which is 0.01 tons. Then it just keeps going.