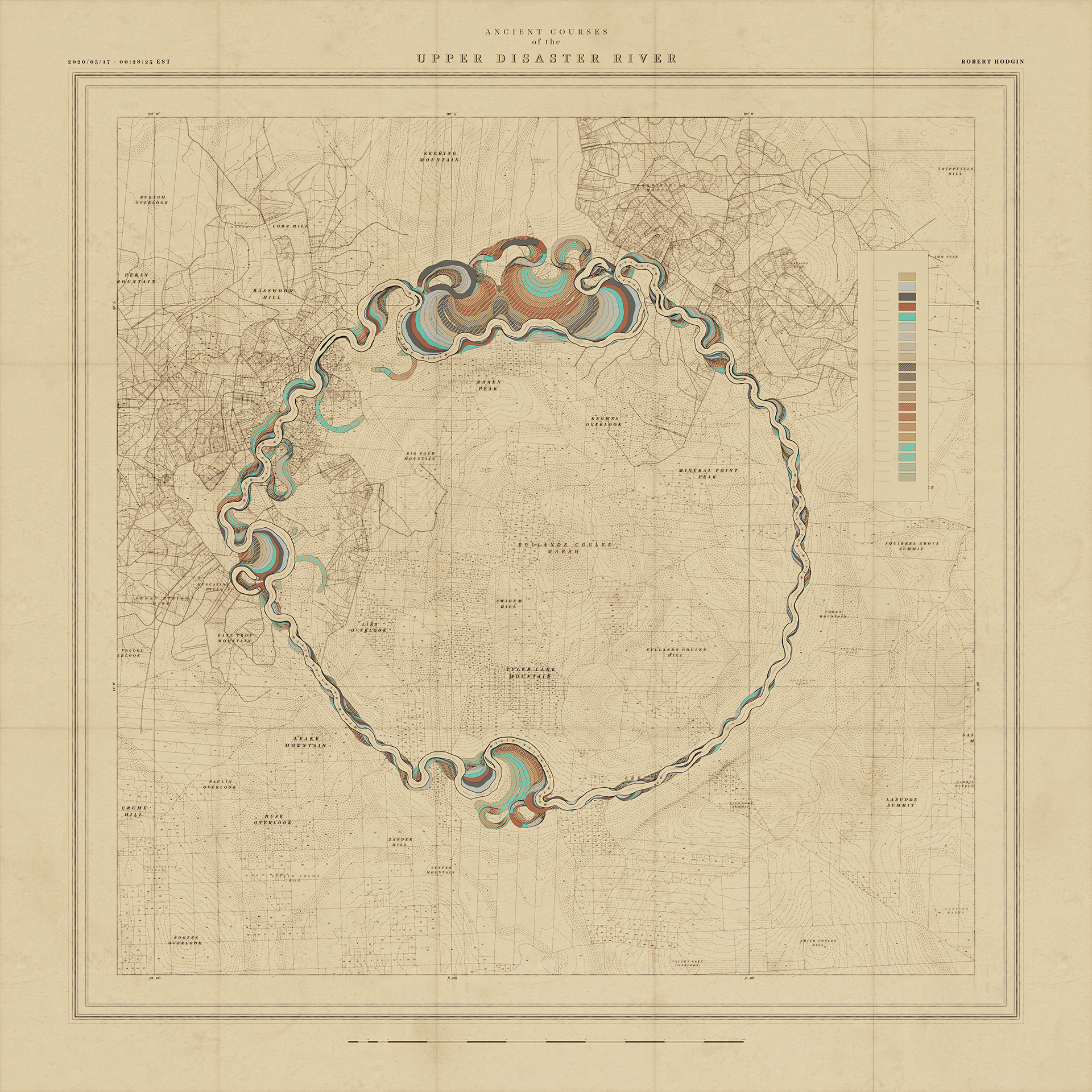 Robert Hodgin built a procedural system he calls Meander to generate the beauty above, among several others:

My all-time favorite map-based data visualization was created in 1944. Harold Fisk, working with the US Army Corp. of Engineers, mapped the length of the Mississippi River. What sets his visualization apart from others is that he maps the river through time, and manages to do so in a way that is both beautiful and surprisingly effective. I want to pay homage to his series of maps by creating my own system for procedurally generating maps of meandering rivers.

Not only is the winding path imaginary, but so is the terrain, the place names, and the built-up lakes.

See also: the 1944 Fisk map that inspired Hodgin’s work, which is an interesting contrast against modern satellite imagery animations.