Where the IRS most likely audits 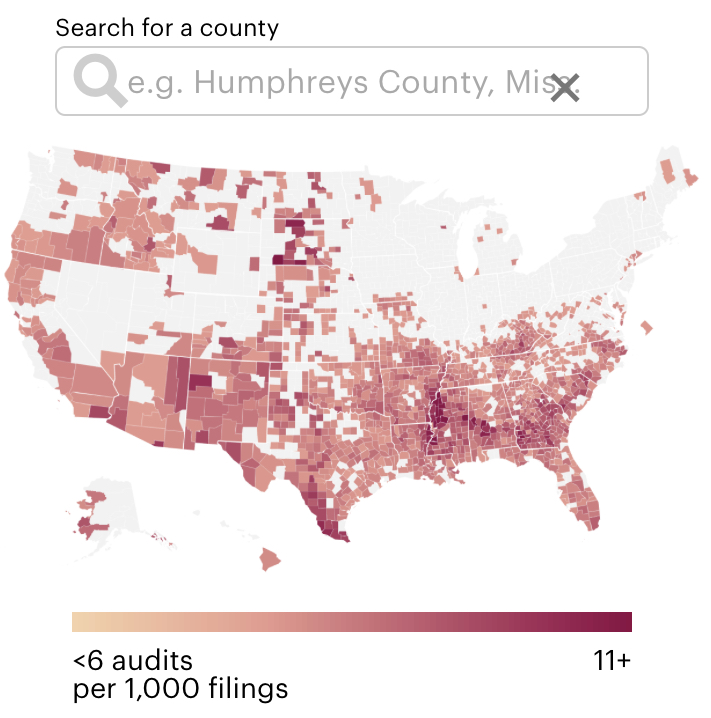 Using estimates from a study on regional bias in tax audits, ProPublica mapped the likelihood of getting audited by the IRS. They then turn their attention to Humphreys County, Mississippi:

In a baffling twist of logic, the intense IRS focus on Humphreys County is actually because so many of its taxpayers are poor. More than half of the county’s taxpayers claim the earned income tax credit, a program designed to help boost low-income workers out of poverty. As we reported last year, the IRS audits EITC recipients at higher rates than all but the richest Americans, a response to pressure from congressional Republicans to root out incorrect payments of the credit.