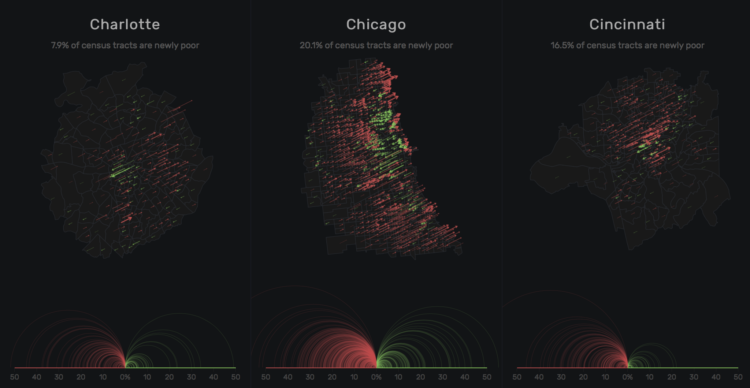 Poverty is on the rise. Justin Palmer mapped it for major cities in the United States.

Instead of going with a choropleth map and filled polygons, Palmer went with sloped lines to show the change between 1970 and 2010. Longer lines mean greater absolute value, where red lines pointing up represent increased poverty and green lines pointed down represent decreased poverty.