How a meme grew into a campaign slogan 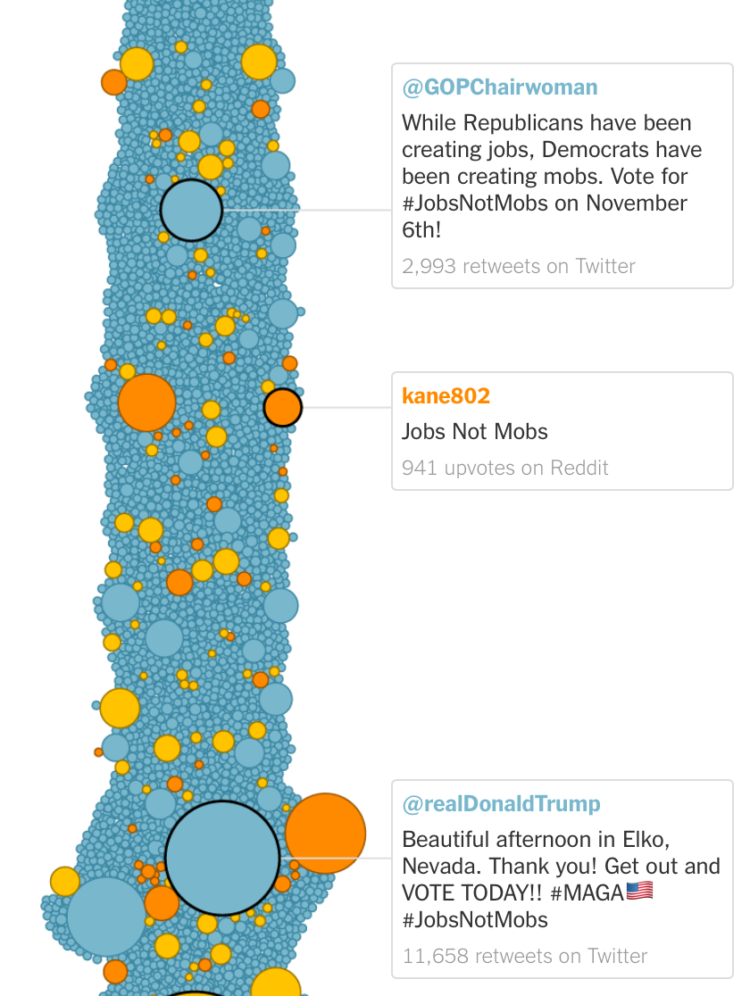 A meme that cried “jobs not mobs” began modestly, but a couple of weeks later it found its way into a slogan used by the President of the United States. Keith Collins and Kevin Roose for The New York Times traced the spread of the meme through social media using a beeswarm chart. Blue represents activity on Twitter, yellow represents Facebook, and orange represents Reddit. Circles are sized by retweets, likes, and upvotes. The notes for key activities move the story forward.