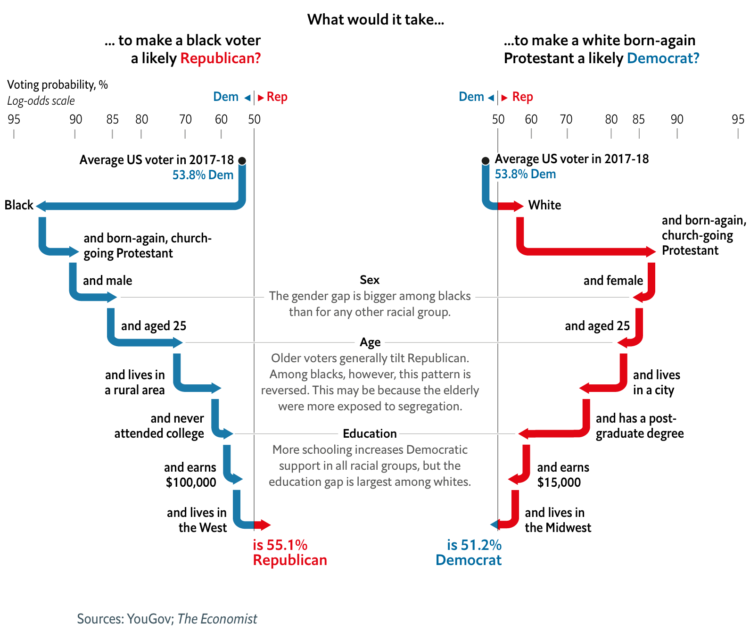 The Economist built an election model that treats demographic variables like blocks that output a probability of voting Republican or Democrat:

Our model adds up the impact of each variable, like a set of building blocks. As a result, a group of weak predictors that point in the same direction can cancel out a single strong one. In theory, the model could identify a black voter as a Republican leaner, or a white evangelical as a probable Democrat—though it would require quite an unusual profile.

Remember when most people paid little attention to midterm elections and result forecasting was not really a thing? Yeah, me neither.

Be sure to check out the small interactive on the same page that lets you “build a voter” and get the model’s probability output. I’m a fan of the demographic-field-dropdowns-in-a-sentence format.