Cities projected to be under water by 2100 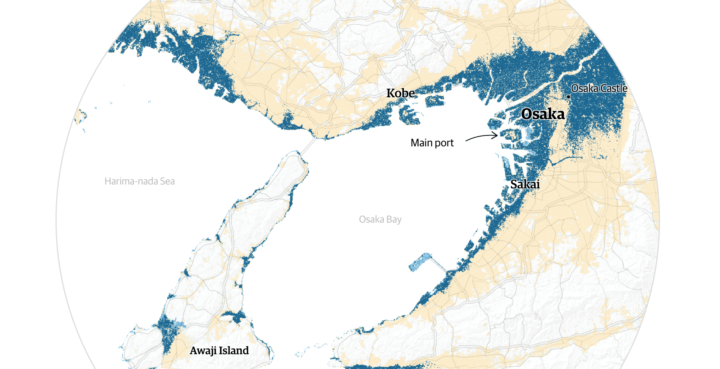 Using Climate Central sea-level rise estimates, The Guardian plots and maps the potential consequences of a 3.2-degree rise in temperature by 2100.

One of the biggest resulting threats to cities around the world is sea-level rise, caused by the expansion of water at higher temperatures and melting ice sheets on the north and south poles.

Scientists at the non-profit organisation Climate Central estimate that 275 million people worldwide live in areas that will eventually be flooded at 3C of global warming.