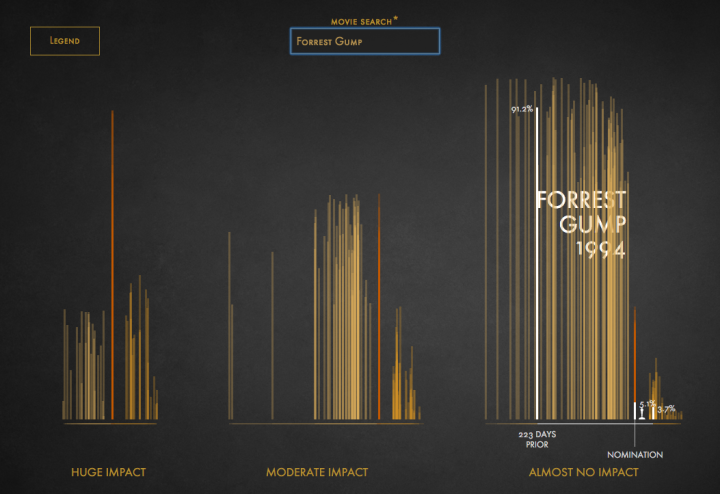 I think the general assumption is that getting an Oscar nomination for Best Picture has a direct effect on profits. Krisztina Szucs put together a straightforward interactive that shows this isn’t typically the case.

So what you’re looking for is height before the red bar and after it. For impact level, you expect the third bar to be higher or at least the same as the first, but as you can see, most movies make the bulk of their profit in the beginning regardless.