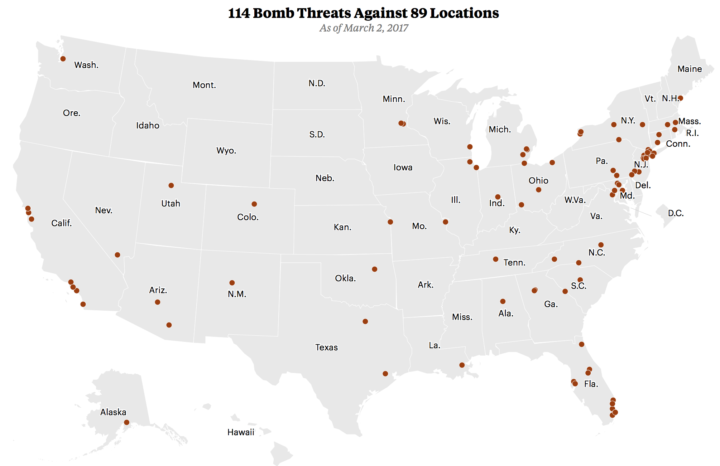 Ken Schwencke and Al Shaw from ProPublica with a set of straightforward maps that show bomb threats to Jewish community centers and organizations:

Since Jan. 1, at least 89 locations of Jewish organizations in the United States — including schools, Jewish Community Centers, and offices of the Anti-Defamation League — have received a total of 114 bomb threats. The majority have come in five of what the JCC Association of North America calls “waves” — groups of robocalls coming on a single day. So far, none of the threats have been carried out.