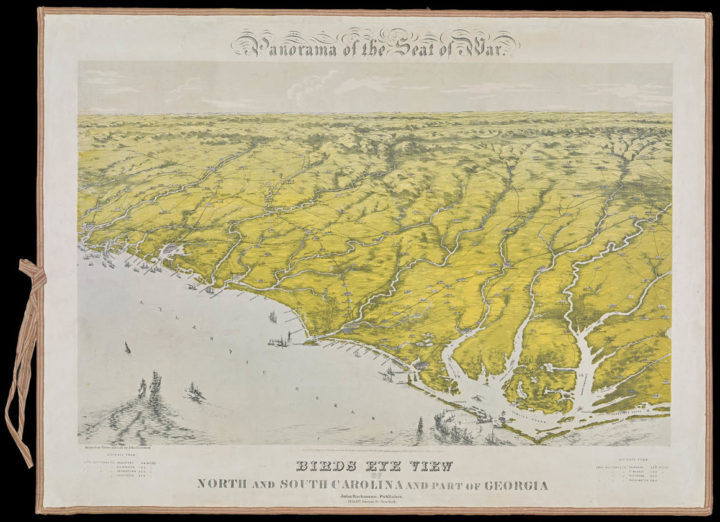 There was a time when the best way to get a view from above was to hop into a hot air balloon, which eventually led to the so-called “balloon map.” Cara Giaimo for Atlas Obscura starts the story with a ballooner named Thomas Baldwin.

In an age of transatlantic flights and Google Earth, Baldwin’s suggestions seem a bit quaint. But in his time, when almost everyone was stuck on the ground, Baldwin’s attempts to pin down an accurate sky-view were heroic. Over the following century, entrepreneurs, military spies, and tourist boards alike would follow his lead, transforming some of the world’s most vital views into lovely, quirky “balloon maps.”

Hand-drawn, detailed maps and graphics like this — before computers — always blows my mind.