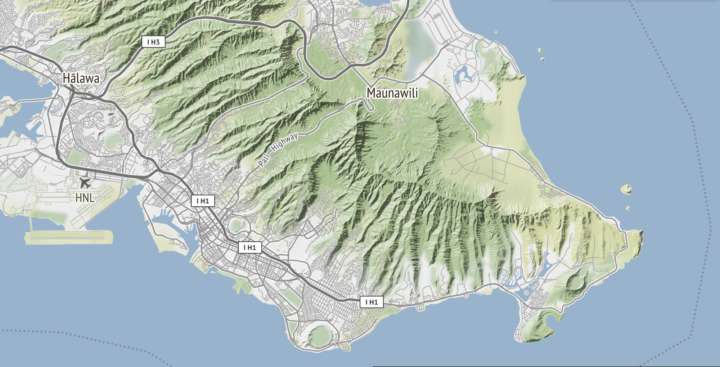 Missed this one from last month. Stamen announced the release of a whole lot of new terrain map tiles for around the world. Four billion of them.

The original Terrain style only covered the United States. As part of a new Knight Foundation grant, we expanded Terrain to cover the entire world. The Knight grant also funded prototyping for some totally-different new terrain styles, so to avoid confusion we are calling the this reboot of the old style “Terrain Classic.”

I don’t know if I’ll get the chance to use these any time soon, but they sure are pretty to look at.