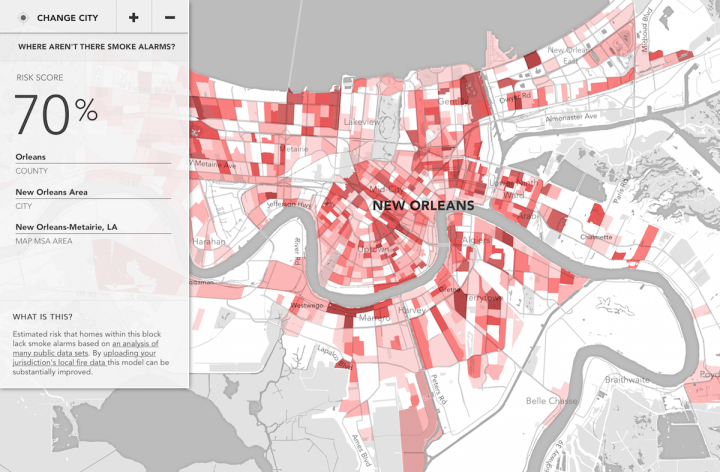 In 2014, five people died in New Orleans in a house fire. Three of them were children. There was no working smoke alarm. So the city analytics team and New York-based data group Enigma developed a model to predict which blocks in the city were at high risk.

If the city knew the areas that tended not to have smoke alarms, they could allocate resources appropriately to assure more people had the proper safeguards.

Enigma just expanded the project to more Metropolitan Statistical Areas in what they call Smoke Signals. See what areas near you look like.

To develop the model, they used data from the American Housing Survey and American Community Survey, both conducted by the Census Bureau, as the seed of their solution. The former asks residents if they have a working smoke alarm, which makes it seem straightforward to build a model, but it’s only at the city level. Not useful for on-the-ground workers. The task required block-level information.

Here’s how Enigma did it.

For most places, the data still looks quite noisy, but as Enigma mentions in their process post, this is just a first step. It’s a classification model. It can be refined.