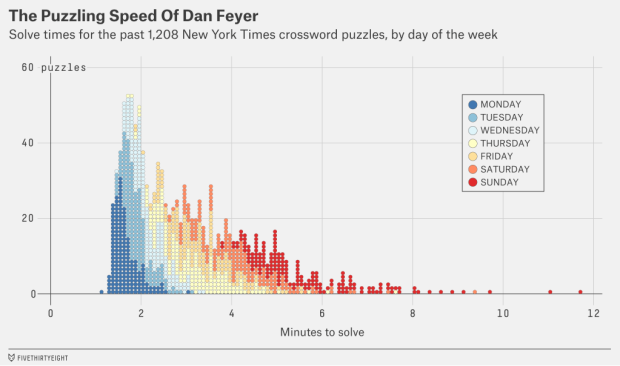 Oliver Roeder for FiveThirtyEight covered this year’s American Crossword Puzzle Tournament and the battle between Tyler Hinman and Dan Feyer.

Feyer, who has won the tournament every year since 2010, logs his puzzle solve times for the crosswords he solves nearly every day. The above shows his times for New York Times puzzles since 2011, with the easier Monday puzzles on the left and the more difficult Sunday puzzles skewed right.

See the whole thing. It’s not nearly as boring as you might think.

And if you’re into that, I highly recommend the Wordplay documentary from 2006, before Feyer’s dominance.