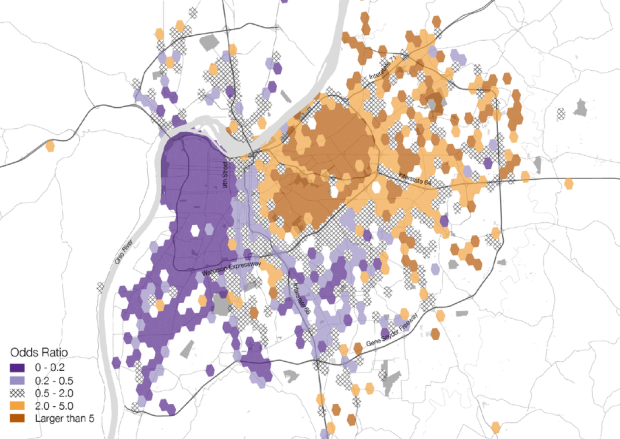 Location-based data from social media can be interesting to analyze and map, but there are a lot of inherent challenges with the data. The main one, which designers often ignore, is that it’s safe to make inferences straight from the tweets alone. That is, there’s an assumption that the data is representative of the real-life population when in fact there are a ton of social implications to consider. The folks at Floatingsheep, a team of geographers, know better. CityLab highlights some of the team’s work.

The problem with Twitter maps, then, isn’t that social media data is inherently flawed — it’s that the people who make them get lazy. “[When] you have these giant Twitter datasets — it’s very, very easy to get that view from above and let the data speak for itself and just sort of stop there,” says Poorthuis. “That’s not the right stopping point. You need to contextualize by looking at the data in more detail — the variables and dimensions combined with the local knowledge.”

“It’s 2015 now,” Poorthuis says. “It was cool and an engineering challenge to get these points on a map. But now it’s time to ask deeper and more meaningful questions.”