An exploration of cultural production 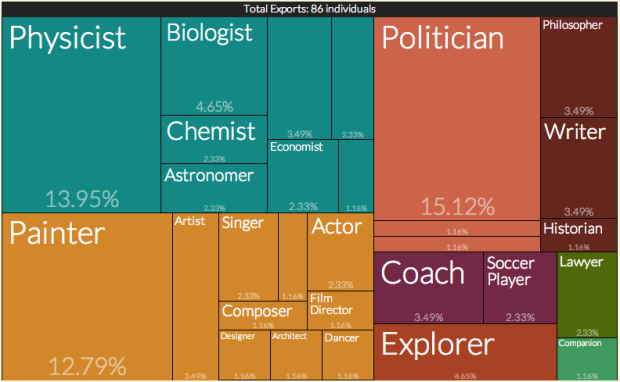 Pantheon, a project from the Macro Connections group at The MIT Media Lab, explores cultural influences across countries and domains.

Rankings inevitably come into play, such as who the most influential philosopher, physicist, or country is, and the project covers a broad spectrum, so the methodology is the most important here. Using data from Wikipedia, Freebase, and other online sources, the researchers created several indices that essentially give a score to individuals for popularity and production. This naturally results in estimation fuzziness, which means you take the results with salt and all that.

It’s an interesting look though and a good start to something bigger. If anything, you’ll probably learn something new after poking around for a bit.