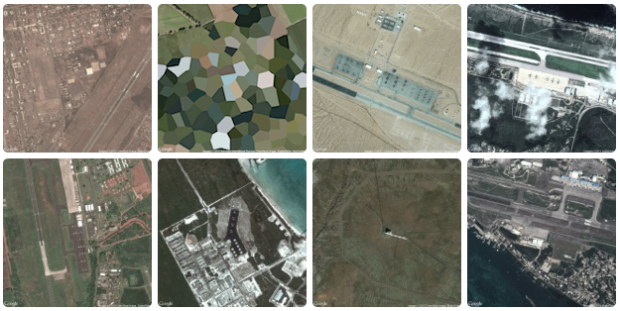 Similar to his collection of prison map snapshots, Josh Begley collected images of military bases around the world.

In addition to the map — which is built using MapBox, an open source and user-friendly publishing platform — I’ve included snapshots of the earth’s surface at various latitudes and longitudes. What does a military base look like from above? Which installations are secret and which can be viewed on the open internet? Running a small Processing sketch to query the Google Maps and Bing Maps APIs, I grabbed a satellite image for each point and am displaying the collection as a simple lightbox gallery.