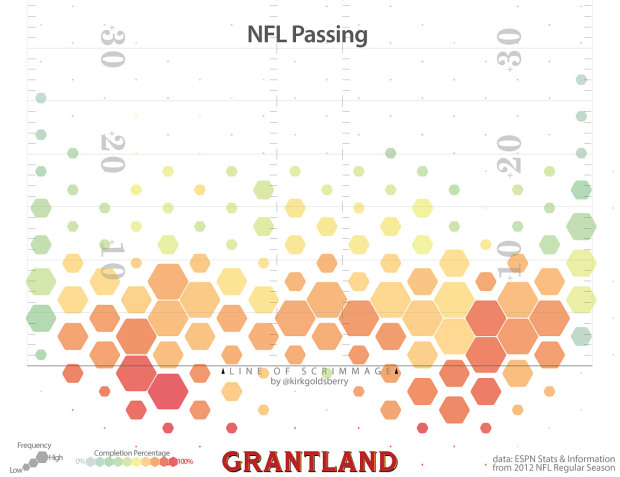 Kirk Goldsberry, known for his basketball analysis and shot charts, has applied his talents to football passes relative to the line of scrimmage. (Football, a.k.a the sport that I might as well watch until basketball starts again.)

More than 68 percent of the league’s passes are short throws that target receivers either behind the line of scrimmage or within 10 yards of it. Some may find it surprising that many of the league’s passes target players behind the line of scrimmage. But screen passes and checkdowns are relatively common. Regardless, the most common throws by far are those short positive-yardage attempts.

I sense player-by-player pass maps in the works.