The Boy Who Loved Math 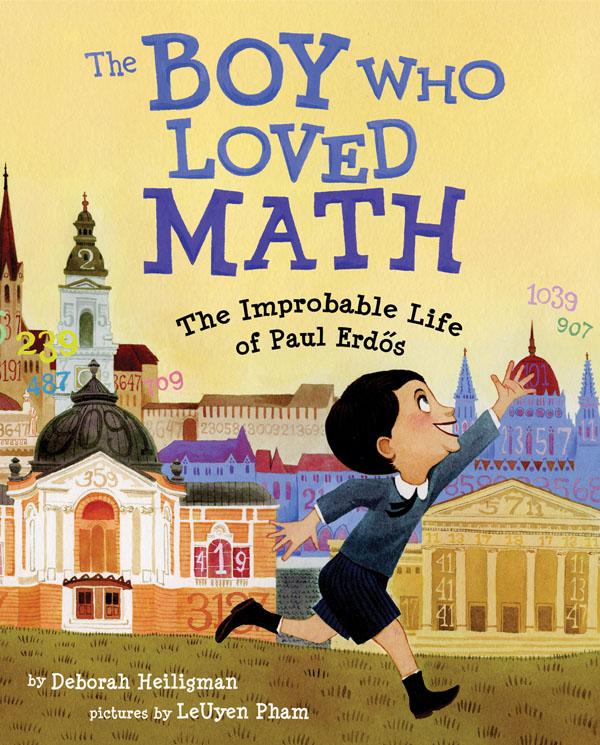 The Boy Who Loved Math: The Improbable Life of Paul Erdős, written by Deborah Heiligman and illustrated by LeUyen Pham, is a kids’ book on the life of the prolific mathematician and a boy’s love of numbers.

Most people think of mathematicians as solitary, working away in isolation. And, it’s true, many of them do. But Paul Erdos never followed the usual path. At the age of four, he could ask you when you were born and then calculate the number of seconds you had been alive in his head. But he didn’t learn to butter his own bread until he turned twenty. Instead, he traveled around the world, from one mathematician to the next, collaborating on an astonishing number of publications. With a simple, lyrical text and richly layered illustrations, this is a beautiful introduction to the world of math and a fascinating look at the unique character traits that made “Uncle Paul” a great man.