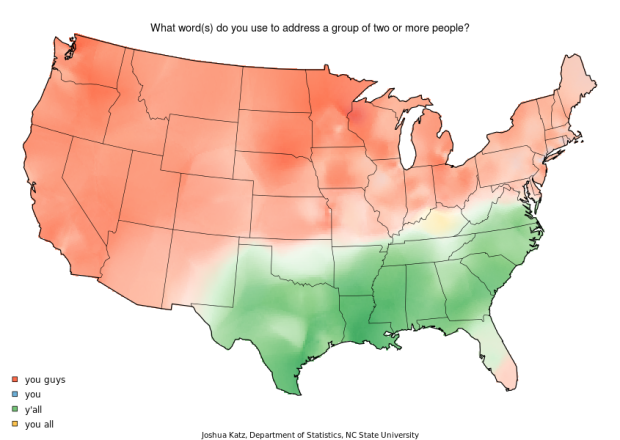 When you talk to different people across the United States, you notice small differences in how people pronounce words and phrases. Sometimes different terms are used to describe the same thing. Bert Vaux’s dialect survey tried to capture these differences, and NC State statistics graduate student Joshua Katz mapped the data.

For example, the above shows how people refer to two or more people. In the north and west, people commonly say “you guys” but it’s “ya’ll” in the southeast.

Similarly, some pronounce “pajamas” with a long “a,” whereas others use a soft “a.” 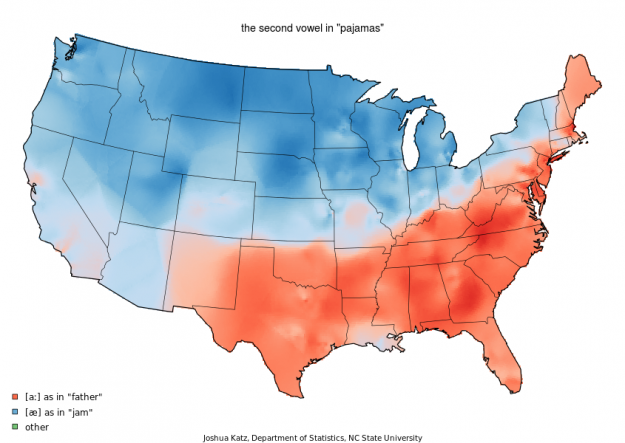 Then there’s the classic soda vs. pop vs. coke. 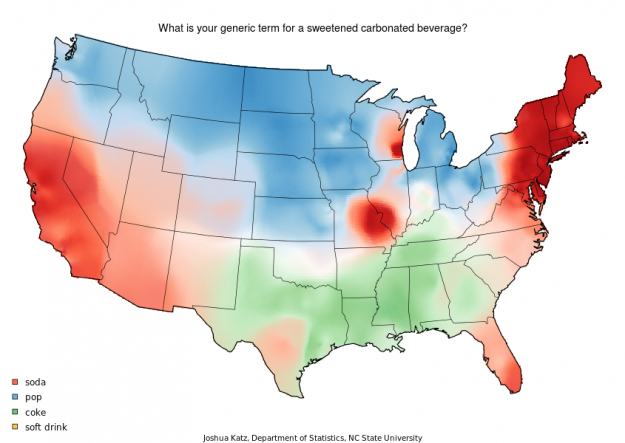