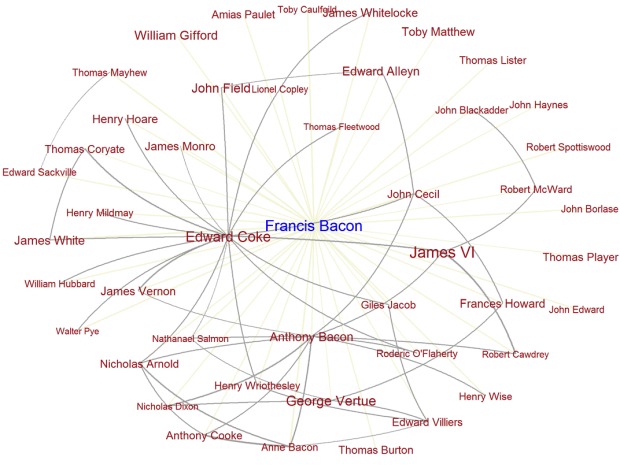 These days it’s relatively easy to figure out connections between people via email, Twitter, Facebook, etc. However, it’s harder to decipher relationships between people in the 17th century. Researchers at Carnegie Mellon and Georgetown University aim to figure that out in the Six Degrees of Francis Bacon.

Historians and literary critics have long studied the way that early modern people associated with each other and participated in various kinds of formal and informal groups. Yet their scholarship, published in countless books and articles, is scattered and unsynthesized. By data-mining existing scholarship that describes relationships between early modern persons, documents, and institutions, we have created a unified, systematized representation of the way people in early modern England were connected.