An infographical look at Walking Dead kills over three seasons 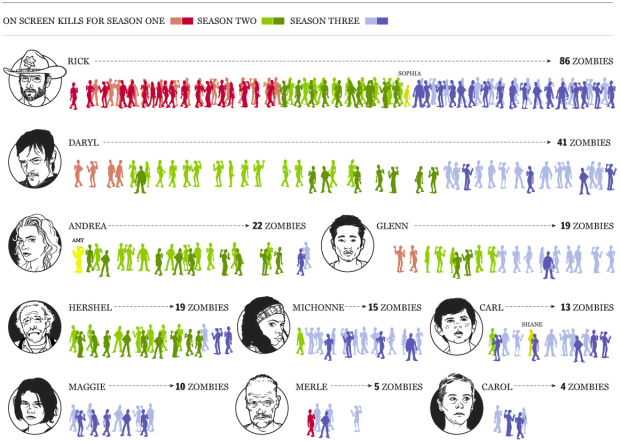 Andrew Barr and Richard Johnson for the National Post took a detailed look at the who, what, and when of Walking Dead kills.

While AMC lets The Walking Dead gang take a short mid-season break — the Post’s Andrew Barr
and Richard Johnson look at a few of the key statistics of two-and-a-half season’s worth of undead mayhem. They find noteworthy — the gradual increase in the body count, the increasingly creative means of Zombie dispatch, and the fact that every character seems to have developed a clear enjoyment for putting the ambulatory cadavers down for good.

They also included weapons used, ranging from handgun to tree branch. See the full version here. Somewhere there’s a piece of paper with a ton of tally marks on it.