The family tree for All in the Family 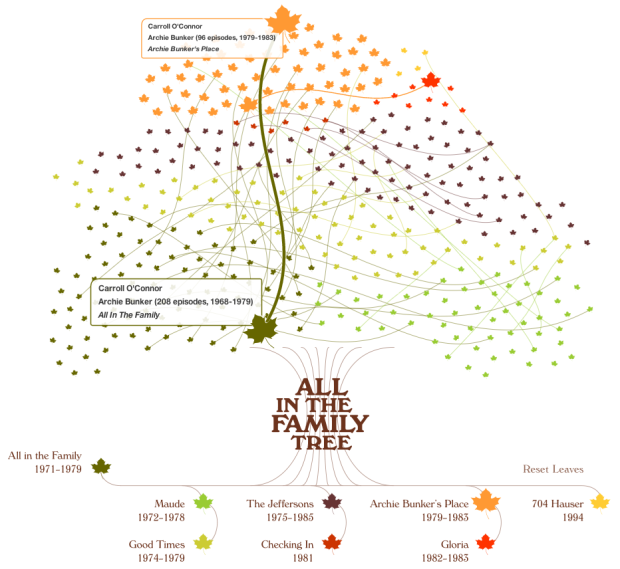 James Grady from Fathom Information Design had a look at the family tree of All in the Family, a popular television from the 1970s:

All in the Family was the origin of seven spin-off shows that aired between the early ’70s and the mid-’90s: Maude, Good Times, The Jeffersons, Checking In, Archie Bunker’s Place, Gloria, and 704 Hauser.

In tribute to nostalgia, the end of fall and its beautiful colors, and my fascination with retro TV shows, I’ve created All in the Family Tree, an interactive visualization of all the characters from each of the eight shows listed above. Each character is represented by a leaf and each show is indicated by a separate color. A branch line connects a character’s crossover from original show to spin-off and vice versa.

It’s a charming piece that’s sure to bring back good memories for anyone who watched the shows. I was too young to appreciate them at the time, and all I can remember is the opening sequence of The Jeffersons. I think they were moving on up. To the east side.