How tax rates have changed 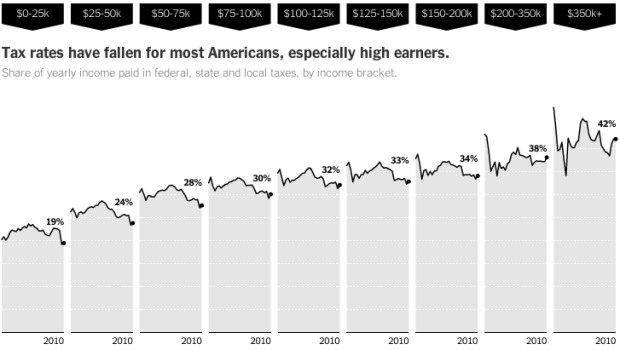 Most Americans paid less in taxes in 2010 than people with the same inflation-adjusted incomes paid in 1980, because of cuts in federal income taxes. At lower income levels, however, much of the savings was offset by increases in federal payroll taxes, state sales taxes and local property taxes. About half of households making less than $25,000 saved nothing at all.

Instead of trying to squeeze everything into one space, the graphic reads like a story, with changes in different types of taxes and comparisons across income levels.