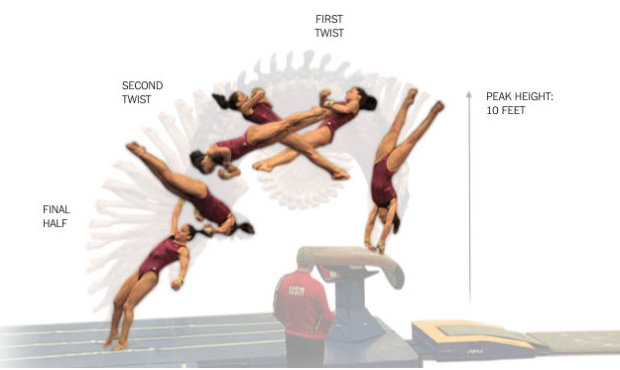 A lot of Olympic events are over and done with in a few minutes (or seconds), so the difference between winning and losing can be something really tiny. As the games in London get started, The New York Times put together a great series on the tiny details that athletes try to hone in on as they jump over hurdles, twist over the vault, and hand off the baton.

The feature was surprisingly sort of buried in a lot of other Olympic coverage, but hopefully they put together more of them. The combination of graphics and insight from athletes is uber interesting.

Update: The butterfly was just added, and cycling is up next.