Tracking drought in the US 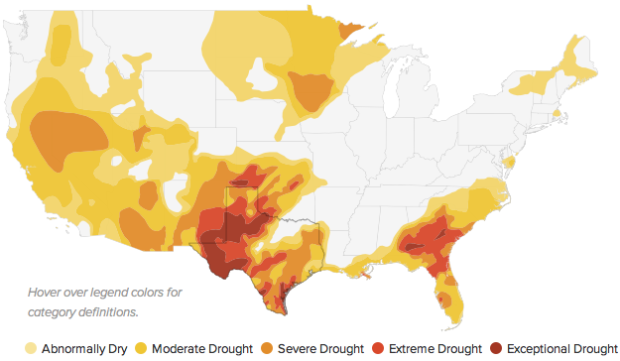 NPR has a look at weekly drought figures over the past couple of years. The focus is on Texas, a state that’s been hit hard the past few months. In 2011, there was an estimated agricultural loss of $7.62 billion.

The current drought began in October 2010. Though the situation has improved recently, the drought is far from over — and the conditions that caused it aren’t going away anytime soon.

Texas is a place susceptible to extreme weather, and the last year was no exception. Thousands of square miles were burned in wildfires, billions were lost in agriculture, and its impact could still linger in years to come.

Hit the play button, and the string of images runs like a flip book. Low tech, but effective.