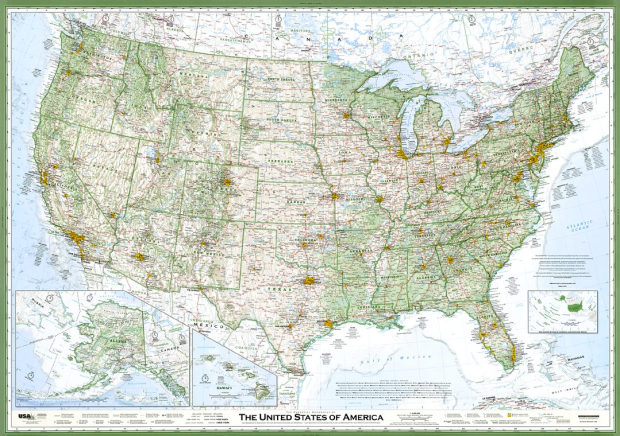 American mapmaking’s most prestigious honor is the “Best of Show” award at the annual competition of the Cartography and Geographic Information Society. The five most recent winners were all maps designed by large, well-known institutions: National Geographic (three times), the Central Intelligence Agency Cartography Center, and the U.S. Census Bureau. But earlier this year, the 38th annual Best of Show award went to a map created by Imus Geographics—which is basically one dude named David Imus working in a farmhouse outside Eugene, Ore.

What makes it so good? Zoomed out, it doesn’t look much different from other maps. Zooming in, however, you see something that was carefully crafted by hand. Below is a side-by-side comparison of Chicago on the Imus map (left) and a National Geographic map (right). Disregard the fuzziness in each, as that’s the product of a scan. On one you have forestry shading, straight labels, and more emphasis on locations than on interstates. The other reads more like a road map. 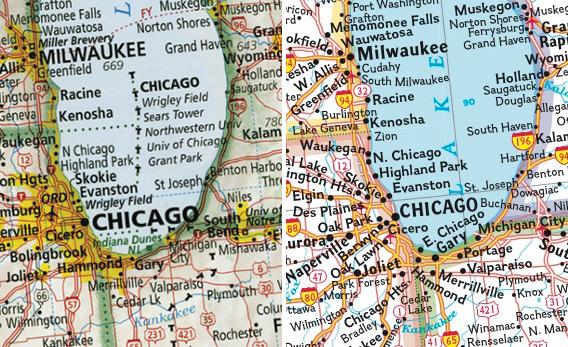 The map is available in print at Imus Geographics. Hey, you can even get it laminated.