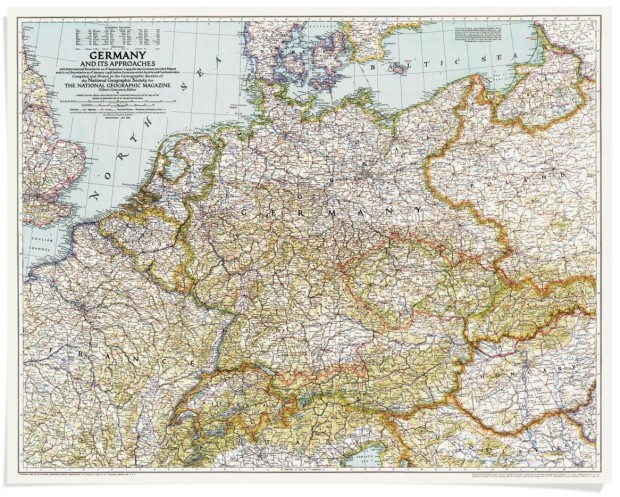 A century of National Geographic maps

Celebrating the 100th year of the National Geographic cartographic department, they provide a truncated roundup of the thousands of maps they’ve made over the past century. I liked this tidbit about the Germany map above:

Our maps haven’t just chronicled history; they’ve made it. General Dwight D. Eisenhower carried our map of Germany during his 1945 offensive. When a B-17 carrying Admiral Chester Nimitz got lost in a rainstorm, the pilot landed safely using the Society’s map of the Pacific war theater. The map, Nimitz later wrote Gilbert H. Grosvenor, “lent an unexpected but most welcome helping hand.”

It’s true. Maps, even on paper, can be useful.