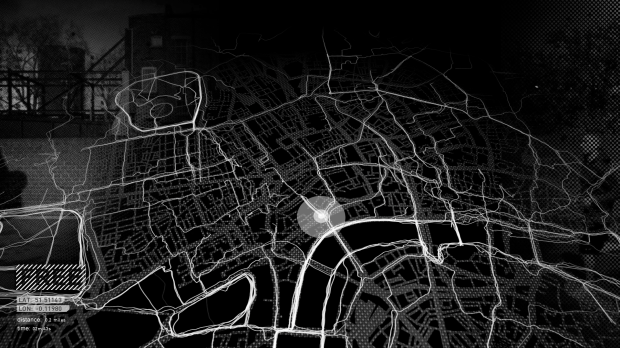 Personal data collection can be a tough sell at times, but with the Nike+, which lets you record your runs, thousands have taken part in measuring their performance and digitally racing with others. For the most recent Nike+ campaign, interactive collective YesYesNo mapped a year’s worth of runs from the Nike+ site and invited people to plug in their own runs.

For the launch of the Nike Free Run+ 2 City Pack series, YesYesNo was invited to develop software that would allow runners to create dynamic paintings with their feet using their Nike+ GPS run data. During the two day workshop at Nike headquarters, we invited the participants to record their runs and then using our custom software we imported the metrics from their run, to create visuals based on the speed, consistency and unique style of each person’s run.

The video below is a sample of their results:

It kind of makes me want to take up running just so I can play around with my own Nike+ data. Or maybe I’ll tie one on to the neighbor’s dog and let him loose. That’d be much easier on the knees.