Fly through a survey of the universe 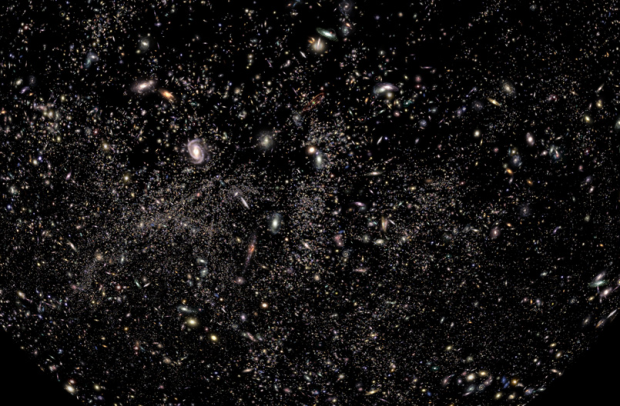 Paul Bourke, a research professor at the University of Western Australia, provides us a fly-through of the known universe, according to the 6dF Galaxy Survey:

The 6dF Galaxy Survey has collected more than 120,000 redshifts over the southern sky over a 5 year period from 2001 to 2005. Its goal is to map our southern view of the local universe, and use the peculiar motions of one-tenth of the survey to measure galaxy mass. It covers more than eight times the sky area of the successful 2dF Galaxy Redshift Survey.

Watch the animation in all its glory below as it moves to the edge of the data.