Computer assisted design and the 9/11 Memorial 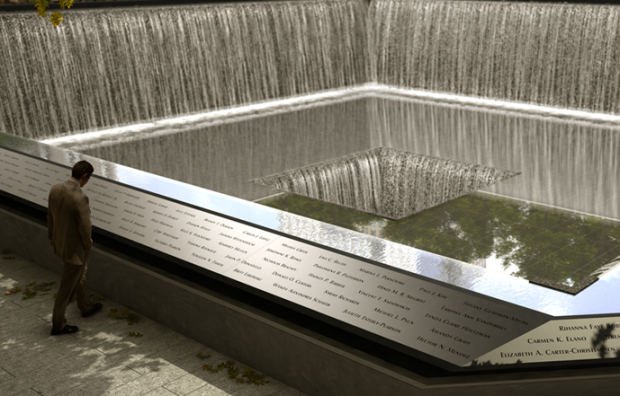 Digital artist Jer Thorp discusses the algorithm and tool used to arrange 9/11 victims’ names based on who they were with when they died. The process started with the collection of data.

Over several years, staff at the 9/11 Memorial Foundation undertook the painstaking process of collecting adjacency requests from the next of kin of the victims, creating a massive database of requested linkages. Often, several requests were made for each victim. There were more than one thousand adjacency requests in total, a complicated system of connections that all had to be addressed in the final arrangement.

Rather than a purely algorithmic layout, the result was an interactive tool that Memorial designers could use to decide what worked best within their framework:

Thorp’s last bit is the most interesting part, however:

This project was a very real reminder that information carries weight. While names of the dead may be the heaviest data of all, almost every number or word we work with bears some link to a significant piece of the real world. It’s easy to download a data set — census information, earthquake records, homelessness figures — and forget that the numbers represent real lives. As designers, artists, and researchers, we always need to consider the true source of data, and the moral responsibility which they carry.

[Algorithmic Design and the 9/11 Memorial]