One man’s travel patterns – Atlas of the Habitual 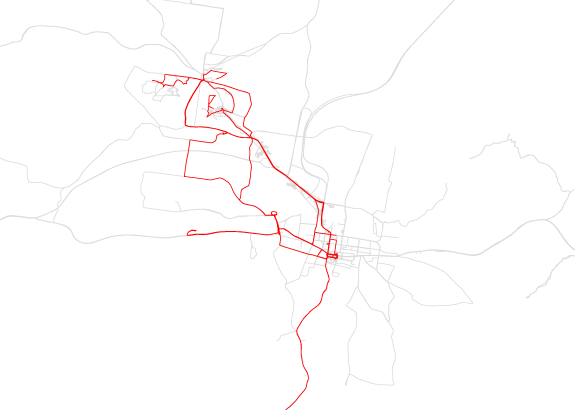 FInding himself in a new town, with a new job, Tim Clark started tracking his location on August 24, 2010, and ended 200 days later on March 13, 2011. Every time he stepped out, he turned on his GPS logger, and then would tag that trip with information about what it was for or what happened. Atlas of the Habitual is the result.

Technology allows us to see information in a way we never could before. Atlas of the Habitual is about creating data out of the everyday, the hyper-digitizing of your life.

This atlas is a catalog of my experiences over 200 days. It is a realistic self portrait of my everyday habits and developing routine, piecing together my life action by action, map by map.

While the maps show the travel patterns of a man show most people don’t know, it’s fascinating in the Feltron Report sort of way.

The most interesting part is the little stories behind the maps. Clack has made 60 maps so far, using simple breakdowns based on time, events, or his tagging. There are for example maps for the weekend, when the Chilean miners were rescued, and when he went on dates.

Here’s a map for Unpleasantries:

The times I was the most miserable. Includes the time I got pulled over and received a speeding ticket, saw a dead deer fall off the back of a pickup truck, got frustrated for driving past a hiking trailhead several times, running my car into a snowbank, driving 40 miles on a tire donut because I hit an eight foot ladder in Albany NY, and having to walk my bike because it either broke in some way 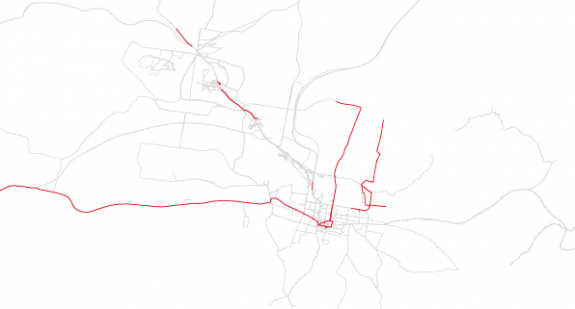 Then my favorite: Dirty Underwear.

Laundry is time-consuming and expensive. Total distance on map: 39.80 miles. 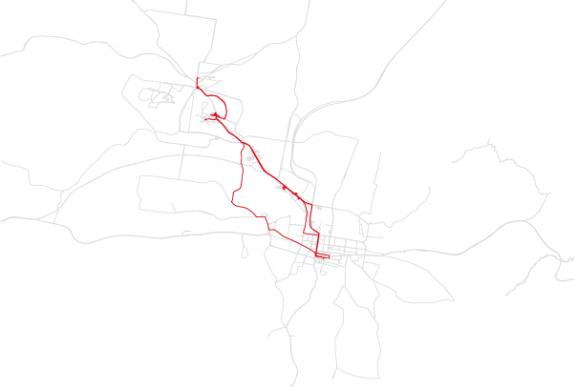 [Atlas of the Habitual via infosthetics]