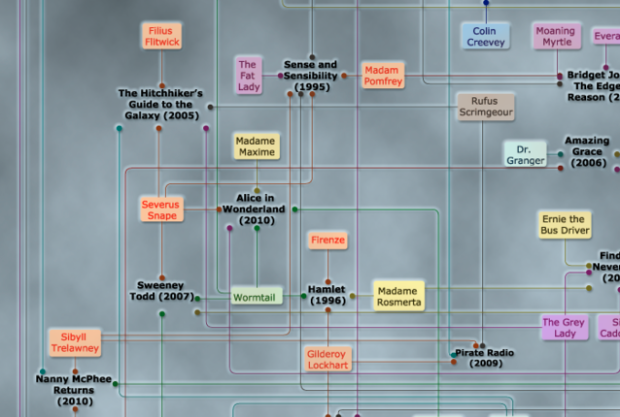 I feel like whenever I watch a British film, I see a Harry Potter wizard or witch in it. I guess I’m not imagining things. The Ragbag had a similar curiosity and graphed all the films with four or more wizards in it — all 24 of them.

i was watching sense & sensibility in the back of my neighbour’s minivan while on a stakeout the other night and realized that professors snape, trelawney, and umbridge had each somehow apparated into the cast. my neighbour (who is a former hogwarts alumna) pointed out that cornelius fudge and madam pomfrey were also in it. was this a record for the most harry potter wizards in a non-harry potter film? i decided to abandon the surveillance (there was only one pair of high-powered binoculars anyway) and scrape some data from the imdb.

The movie with the most Harry Potter characters in it? Vanity Fair with nine. The actor who has appeared in the most of these movies? Jim Broadbent, who plays Horace Slughorn, has appeared in five. 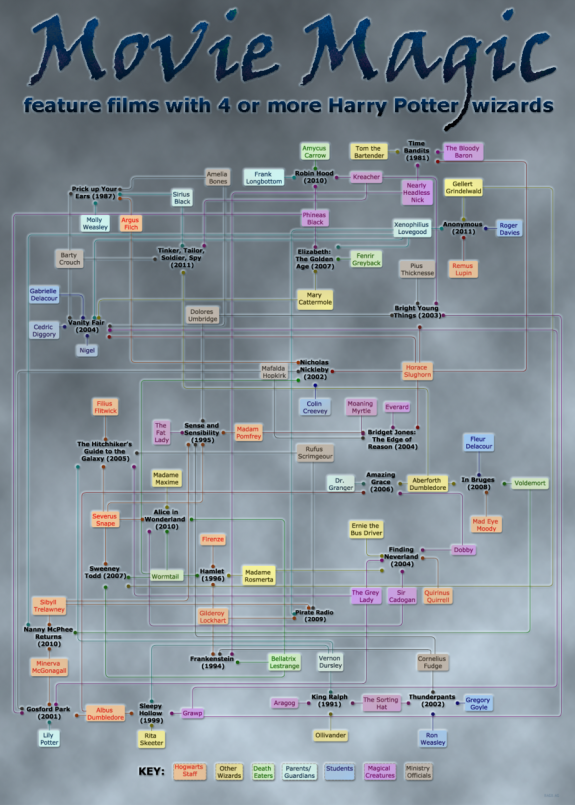