Open thread: Charts during the State of the Union address 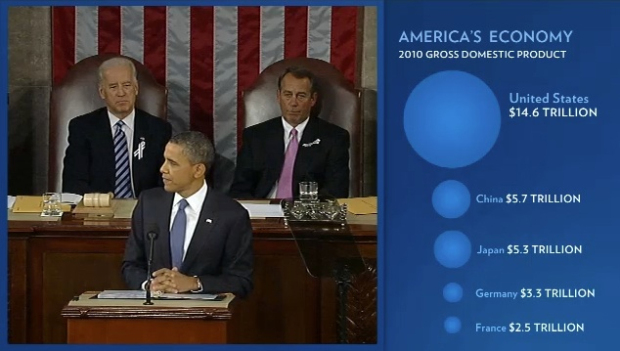 President Barack Obama delivered his State of the Union address yesterday, and this year it was “enhanced” by charts and graphs. Basically, as Obama spoke, graphics that you could equate to Powerpoint slides showed up on the side. What’d you think of the enhancement? Did it add or detract from the message? Were the graphics used honestly and effectively?

One thing’s for sure: there’s something wrong with that bubble chart. Uh oh.

Below is the full SOTU for reference.

[State of the Union via dy/dan | Thanks, Kyle]