Race and ethnicity mapped by block 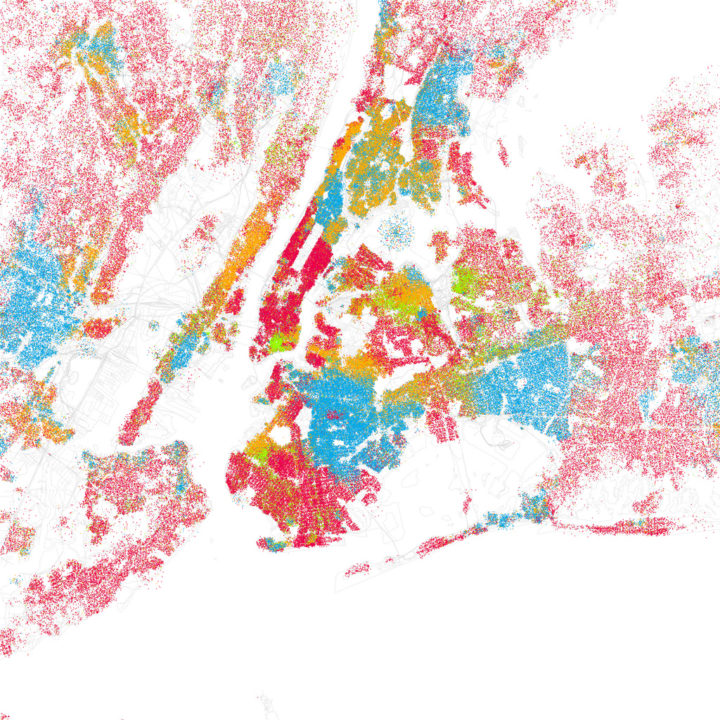 Instead of breaking up demographics by defined boundaries, Bill Rankin uses dots to show the more subtle changes across neighborhoods in a map of Chicago using block-specific data US Census.

Any city-dweller knows that most neighborhoods don’t have stark boundaries. Yet on maps, neighborhoods are almost always drawn as perfectly bounded areas, miniature territorial states of ethnicity or class. This is especially true for Chicago, where the delimitation of Chicago’s official “community areas” in the 1920s was one of the hallmarks of the famous Chicago School of urban sociology.

Each dot represents 25 people of the map color’s corresponding ethnicity.

Erica Fischer, who has made a map or two, takes the next step and applies the same method to forty major cities. Here are the maps for Los Angeles, San Francisco, and New York, respectively. Same color-coding applies. You definitely see the separation, but zoom and you much more subtle transitions. 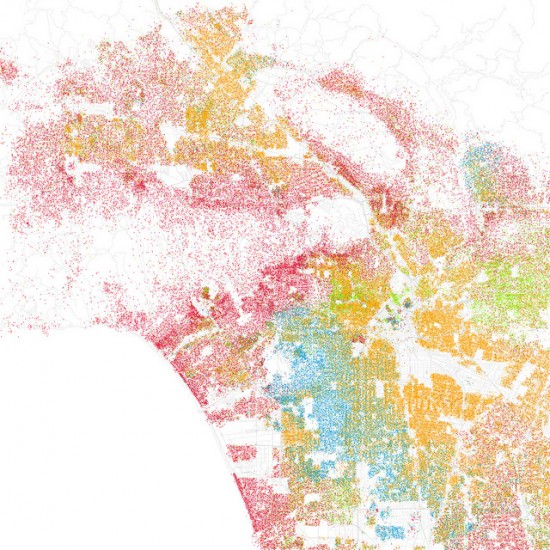 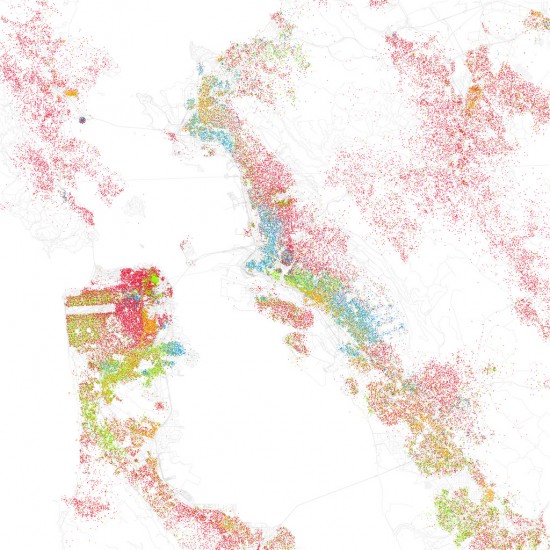