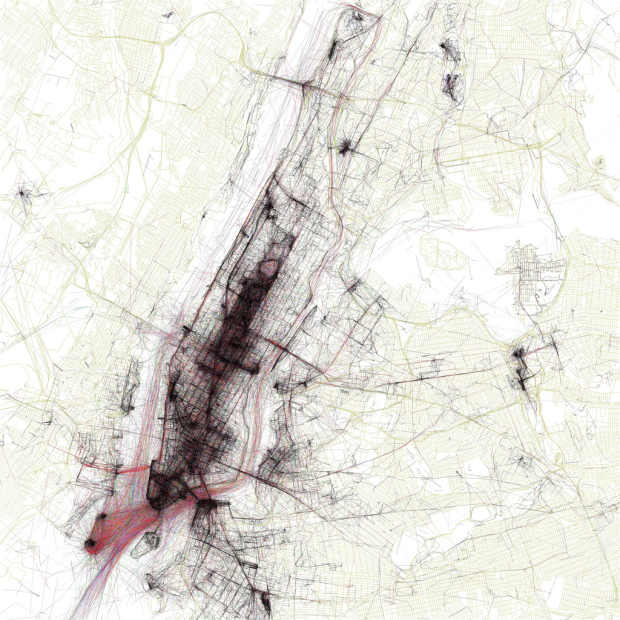 In a different look to the let’s-map-geotagged-photos idea, photographer Eric Fischer maps picture locations of major cities in the world.

Additionally, trace color indicates mode of transportation. Black is walking, red is bicycling, and blue is moving by motor vehicle. From what I gather, photos either come straight from Flickr or a teamed group of people. Unfortunately, that’s all I can find though. Some more explanation would probably make these a lot more enjoyable. Nevertheless, they’re nice to look at.

Major streets emerge, bridges with bicycle lanes appear, and they’ve got a sexy spider web thing going for them.

Here are the maps for London and San Francisco, respectively. 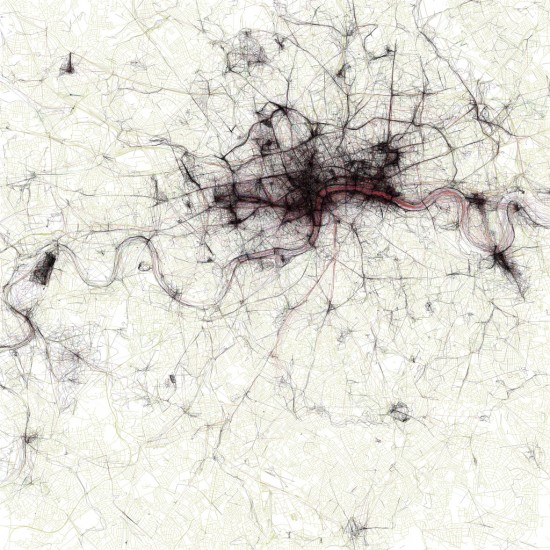 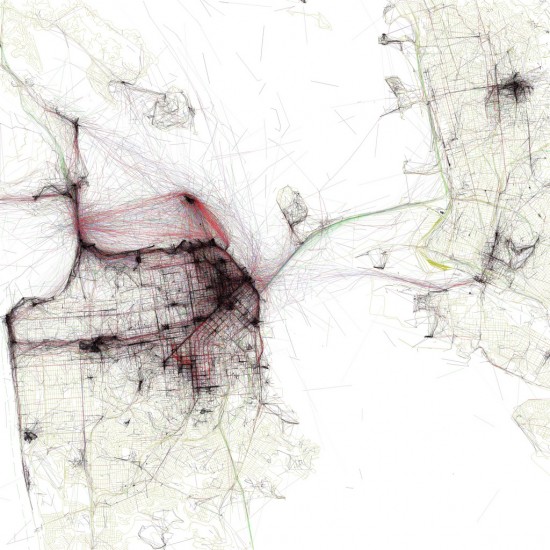 Update: Fischer comments, “I got the photo locations from the Flickr and Picasa search APIs. The base maps that they are plotted on top of are from OpenStreetMap. I wrote some perl scripts to identify and plot the clusters of locations. The scripts generate PostScript which I then converted to JPEGs using Ghostscript.”