Map of who owns the Arctic 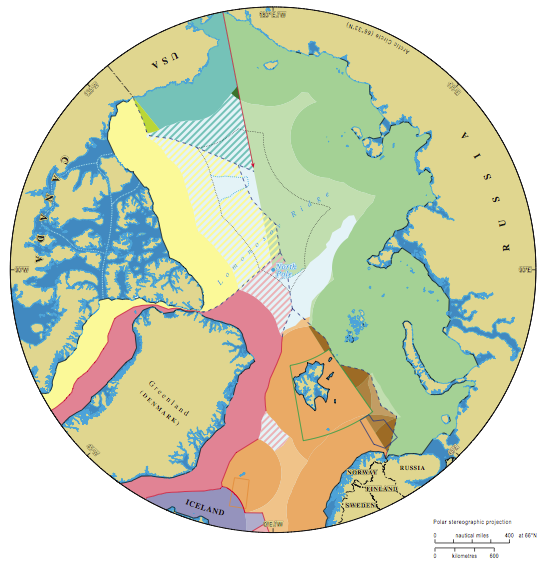 Do you know who owns the Arctic? As it turns out, it’s a pretty messy subject:

In August 2007 Russian scientists sent a submarine to the Arctic Ocean seabed at 90° North to gather data in support of Russia’s claim that the North Pole is part of the Russian continental shelf. The expedition provoked a hostile reaction from other Arctic littoral states and prompted media speculation that Russia’s action might trigger a “new Cold War” over the resources of the Arctic.

Luckily things are at least a little more in control now though. Well, sort of. Canada, Denmark and the US still need to define their continental shelf limits. Keep in mind that the shelf can be more than 200 nautical miles from these countries’ coastal baselines.

The International Boundaries Research Unit provides this map [pdf] of claimed boundaries and areas that will potentially be claimed in the future.