Animated map of earthquakes in Iceland 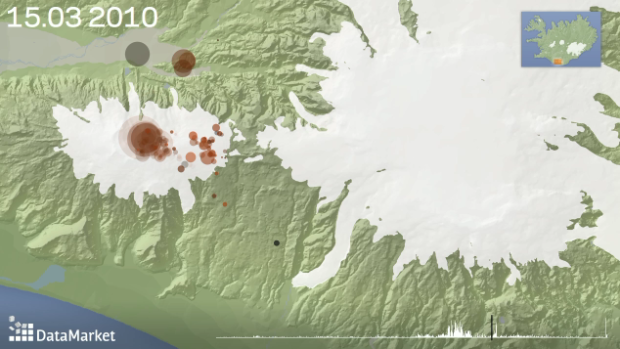 I’m late on this, but remember that volcano eruption in Iceland a few months back, and all the European airports had to shut down because of the giant ash cloud? DataMarket mapped the Iceland earthquakes in 2010, leading up to the eruption of Eyjafjallajökull.

This visualization shows earthquake activity leading up to eruptions in Eyjafjallajökull in South-Iceland in March and April 2010.

Like you’d expect, it’s a stagnant in the beginning, then rumble, rumble, and boom. Eruption. Watch it unfold in the clip below.