The Ash Cloud and Airport Shutdowns

In case you’re following the craziness going on over Europe due to that pesky volcano in Iceland, The New York Times provides a tracker for airport closures. The train stations must be packed more than ever before right now.

David sent this pic along of London air traffic before and after the eruption. Bustling to empty air space just like that. 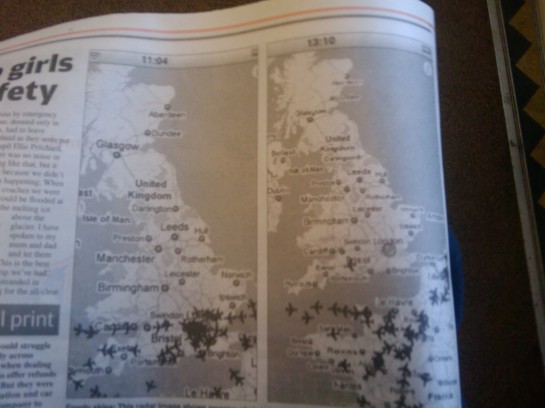 Fingers crossed for an early end to to the chaos.