A graphical look at Burning Man 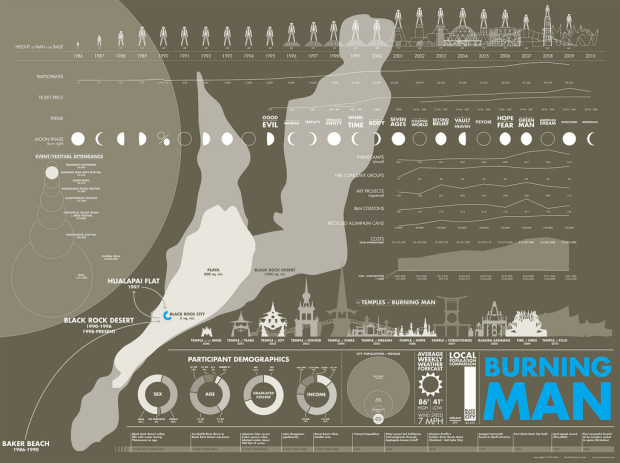 This graphic on Burning Man is totally lost on me, but maybe you guys will appreciate it more. I first heard about the event on Malcom in Middle several years ago and that’s about it. Well, that and my friend posted a picture on Facebook yesterday of him wearing fairy wings, which just confuses me more.

I feel like I’m missing out on something though. I mean, who doesn’t want to see a giant, burning wood man on the beach?

The history of Burning Man has always been a complex entity that has survived, nay, mutated over the years. And because of this, it has grown rapidly since its humble beginnings of a simple gathering on a beach.

The infographic poster shows only a small portion of what Burning Man is. By no means do mere numbers even begin to show a complete picture, as that is a history of stories, experiences, and individual tales.